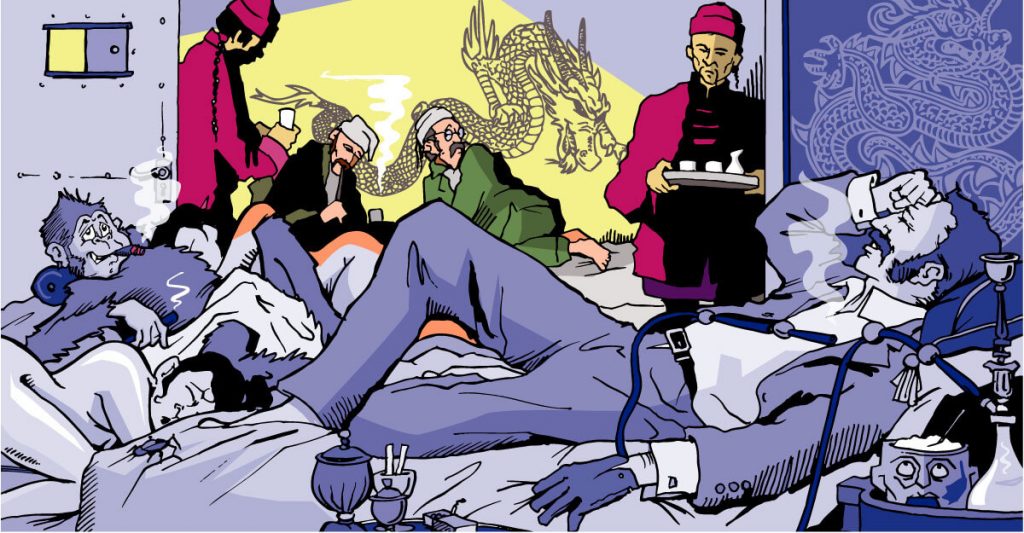 Blues and greens… then a deeper purple 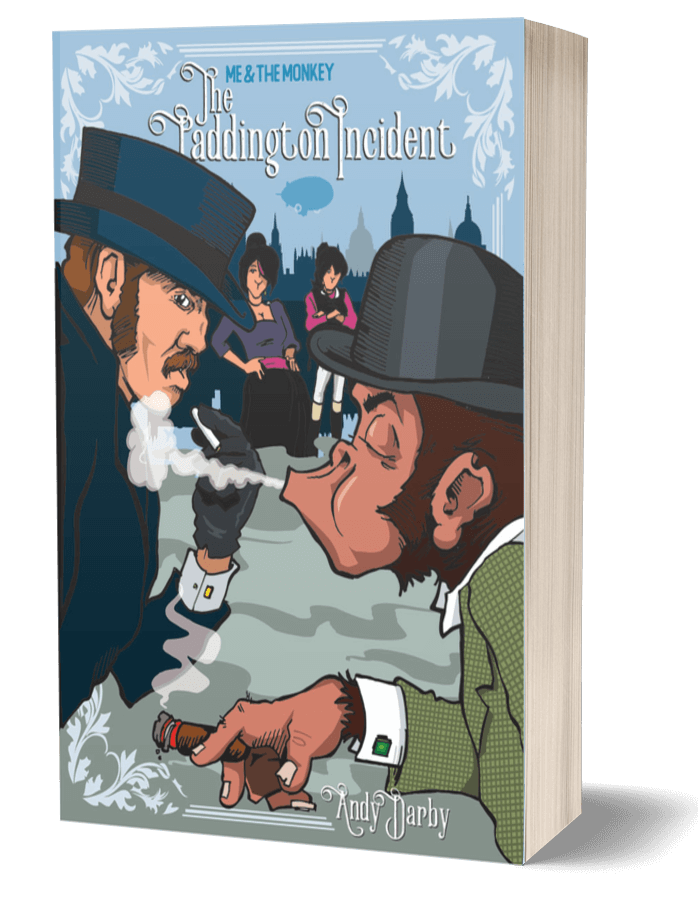 Receive the free prequel ebook, “The Paddington Incident”, when you sign up to our newsletter.

Eyes gradually focused on the shapes around him and then William Chapman was back in the room and focusing on the form in front of him. Lounging on the cot opposite, two semi-naked girls draped around him, sat The Monkey. A cigar clamped in his mouth added a darker, more acrid smoke to the sweet, cloying stink of the burning opium. His amber eyes shone with an evil mischief that never seemed to leave him.

Chapman pushed himself upright with some difficulty, dislodging the oriental girl lying partially across him. She moaned at the unwanted disturbance, so he eased himself out from under her and let her go back to whatever fever dream she was inhabiting while he stood shakily. The carved wooden screen beside him just about held his weight, its intricate dragons staring at him with eyes of jade as he found his balance and rubbed the dreams from his eyes.

‘Fuck me, what time is it?’ he asked of no one in particular, but The Monkey replied.

‘Time we were out of here.’ And he too got to his feet before sitting back down heavily and grinning up at Chapman. ‘Give me a hand then, Chapman.’

Chapman grabbed his paw and pulled him upright and between them they managed to stagger between the rows of cots with their far traveling inhabitants and make their way towards the stairs that led to the world outside. The nodding Chinese by the door thanked them for their patronage telling them to come back soon, and they pushed out into the stinking street air of Limehouse and daylight.

‘Fucks sake!’ exclaimed The Monkey, and pulled the brim of his hat down over his eyes.

Ah, what a great way to begin the day, thought Chapman, and off they went to work.