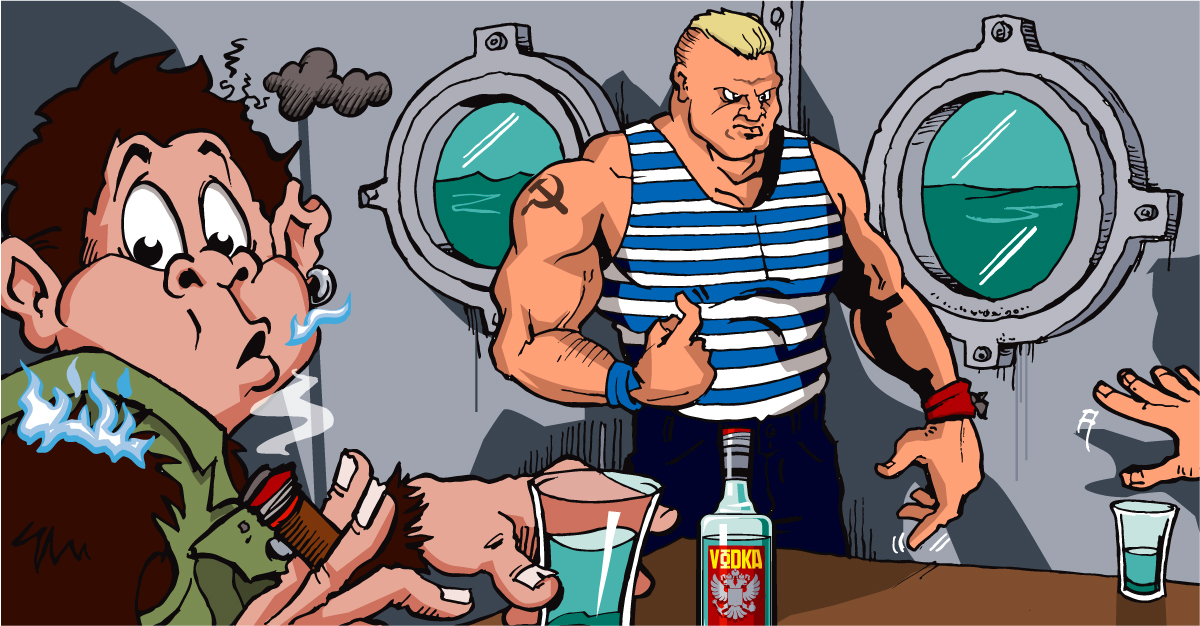 Took the bikes and off-roaded down to the shore of the loch. Bit damp and misty but glorious all the same. We smashed it round to the north west end of the loch and the ruins of a tower house castle that hangs broodingly over the water. It took us about three quarters of an hour to have a good look round – nada. Then we tore off further west to the coast, some big waves – should have brought the boards. We sat on a sand bar and watched the seals but didn’t see anything else that might have caused the black hole to open up here. We saddled up and started back but this time around the other shore of the loch. As we rode up the slope to the top of the cliff The Monkey grabbed my shoulder and told me to stop. Looking down at the next cove we saw it – the submarine.

Actually, the wreck of a submarine, a U-boat, mostly submerged in the incoming tide. Rust red and twisted into the rock formation where it had finally come to rest. Kev took some photos of the sub and of the surrounding beach. It was obvious that we weren’t going to get near it as the incoming big surf would have royally fucked us if we had attempted anything heroic. We need to go back at low tide, with diving gear and also some climbing gear to get down to the cove.

We rode back around the loch and as we hit the mountain slope a lone jet fighter screamed past above us at a couple of hundred feet. As we reached the black hole, we could hear the jet returning – if the pilot was looking for us on the way back, he must have been freaked out that we had just disappeared…

Tragedy has struck! In all the excitement of the last few days we have totally overlooked shopping and we are out of Jack. So, we are drinking vodka until emergency supplies can be acquired…

The Nerds did some interneting and searched all sorts of resources and shit for references to the U-Boat. There were reports of a U-boat being sunk off the west coast of Scotland in the last days of World War Two and subsequently various sightings of wreckage by fishing boats, and then numerous attempts by salvage crews to locate it. All to no avail. It became a bit of a legend – The Nazi Ghost Submarine – and treasure hunters still go searching for it. There is probably a Discovery Chanel programme about it… The Monkey also got the Nerds to doublecheck the map reference for the exit point of the black hole to make sure that we are not popping out in a restricted military testing area. The last thing we need is the RAF doing low level bombing runs over us by accident or sending out patrols because we are in a restricted area. The Nerds stick by their assertion that everything is fine and that the jets are just flying exercises over what are usually deserted valleys.

The Monkey has been back onto the Russians and they have agreed to lend us some dive gear. We can pick it up tomorrow evening (apparently they are using it at the moment…) and as it won’t be a deep dive, we won’t need nitrogen – whatever that means – so the gear will be quite simple. That is a good thing as the bikes are not equipped for taking loads of luggage and going off road. We went into Truro earlier as well and picked up some climbing gear from an outdoor shop – all very outward bound! And we hit the supermarket and got essentials. A boot full of JD bottles makes a very musical sound as you drive.

Got drunk with the Russians last night. What was going to be just a visit to collect the diving equipment turned into a full-blown drinking session on board the Russian cargo ship. Must have been prophetic that we were drinking vodka the other night because we sure as hell drank a lot of it until the early hours of the morning! Even had a worried call from the Nerds asking if we were all right – bless ‘em. Am aching like a bastard today as The Monkey once more got me into a fight, although this one was friendlier and called wrestling apparently – despite the fact that my opponent was the size of a Transit van. The Monkey said it was bound to happen so he just pre-empted it. Well thanks for that! Anyway, we are now all great friends and my head feels like Thor has been smashing it with his hammer. Had to sleep it off in some borrowed hammocks and have just got home. The Nerds look a bit jealous even though I have a black eye and swollen lip and The Monkey has scorched fur on his shoulder from trying to breath fire with vodka and cigars.

We will not be going through the black hole today. I need to sit still until the Norse god has finished his drum solo…

Big swell equals no go. The Russians had warned us, based on our description, against trying to get into the sub if the swell was big, and looking down off the cliff it just looked like a death trap. It’s not that deep or even fully submerged most of the time but us not being bona fide Jacques Cousteau lookalikes it’s all a bit wing and a prayer. The Russians have offered to come along and help but we really don’t want to start explaining about black holes and all that shit.

Anyway, Scotland was rainy, and Cornwall is sunny, so it wasn’t a major hardship to come back. We spent the rest of the day training and lounging on the beach. The forecast tomorrow is looking a little better for the Scottish surf so we will aim to be in the water at low tide. Dave will have to come with us to help Kev with the beach support – basically hanging onto safety lines.

And now? We haven’t used the old laptop since we found it was hacked and The Monkey has stayed off the dark web chatboards that he had been frequenting. But today, after Tony had well and truly set it up so that the IP address couldn’t be traced, he decided to log onto the laptop and check his message account on his favourite board and see if there was any chatter, and there amongst the usual right wing, conspiracy, gun for hire lunacy that passes for conversation there was a message request from Snakebite. It simply said, ‘You have probably got questions…’ and contained a link. The Monkey clicked it and off we went down the rabbit hole to a video. Nicely made, lots of high production values like a corporate sales pitch. In a tastefully lit boardroom with the fronds of several green, leafy plants casting shadows on the back wall, sat Arno Whitaker with his back to the camera. He turned his swivel chair towards the camera with a theatrical swirl and smiled into the lens as if he was trying to crack it. ‘Hello monkey, and friends. I have been hoping to speak with you and maybe clear up a few misunderstandings, but we seem to never get the chance to have a civilised chat. When we met at the airport, that would have been an ideal time to get to know each other, and saved a great deal of fuss, but your companion seemed unduly aggressive and to be honest you did both seem a little upset.’ The Monkey’s paws clenched into fists on the arms of the chair and I grumbled something about shooting him in the mouth, but we kept watching.

‘For millennium there have been men of vision who would shape the destiny of mankind in order to lead it into a better, collective future. Ancient rulers, prophets, mythical heroes, great thinkers, and great doers. Men who would sacrifice everything to see the world united under one leadership. No more wars, no more struggle. A single great machine, powered by the people and directed by those who have the will to make the hard decisions.’ As he spoke an inset video window opened and imagery played out, supporting what he described.

‘You have something unique. You have a power that, if focused under our guidance, could usher in a new age for mankind. A new start in which all the peoples of earth, the lower classes, the disenfranchised, the migrants and refugees could be integrated and merged into one. Then they can be directed to productive labour, and they will be happy in their role.’ There was much muttering of, ‘Totalitarian wanker,’ from the Nerds at this point and you definitely got the impression that Whitaker and his Illuminati fan boys saw themselves as a different race, dare I say a master race. More supporting imagery rolled in the inset, it looked like it had been pulled from every news reel since 1900 and showed mankind at its very worst.

‘It is only a matter of time before the world realises that there is only one solution to hunger, war, disease, and the destructive impulses of the masses. It will only take one major catastrophe for the governments of the world to lose control. Unstoppable climate change, a nuclear war, a pandemic… When it comes, we will be riding the wave not swept away by it. It is we who they will beg to assume control, whether they know it yet or not. You can be with us, guiding the future, shaping the destiny of mankind.’ As the supporting images changed to happy, smiling crowds beneath a dawn sky and then faded away the camera zoomed in slowly to his eyes, like stagnant green pools of water.

‘Reach out to us before it is too late.’ The video faded to black and The Monkey said, ‘It was always too late mutha fucker.’

The sky is turning black